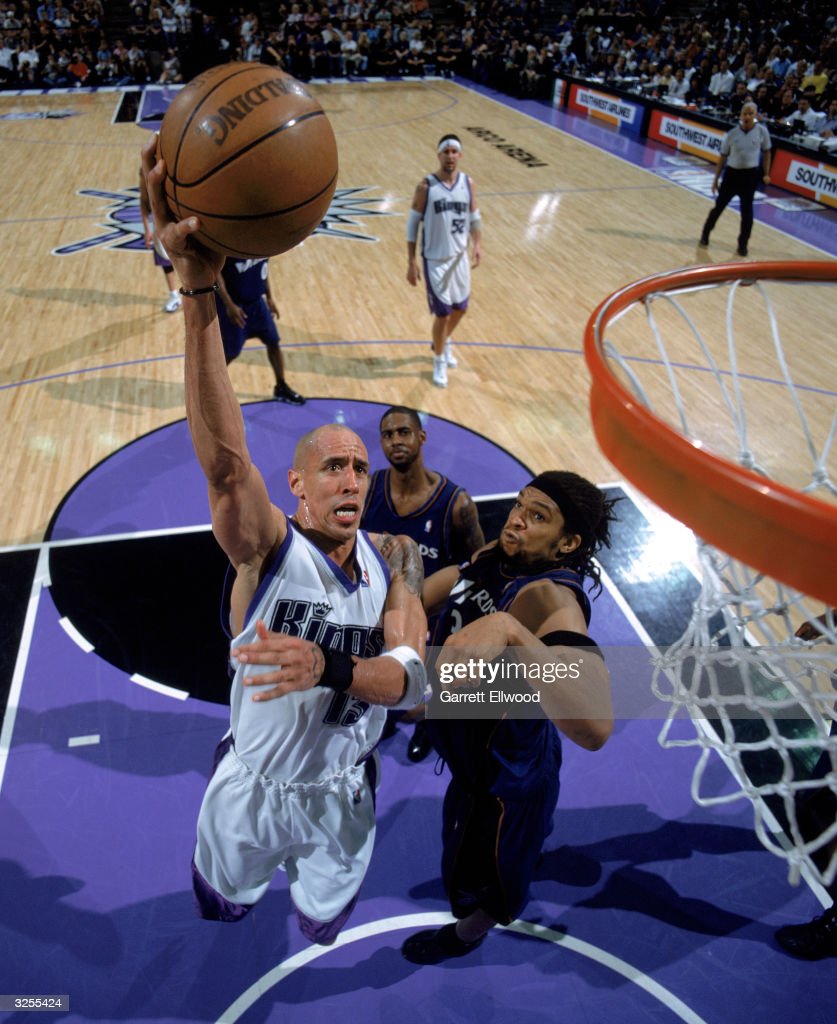 During the 2002-03 season, a 32-year-old Doug Christie averaged 9.4 points, 4.3 rebounds, and 4.7 assists per game for the 59-win Sacramento Kings. Counting stats alone might have a fan think of him as the 4th or 5th best player on that team; however, he scored very high on a variety of advanced statistics. He was 10th in the entire league in PIPM and 15th in VORP (just ahead of Gary Payton and Allen Iverson) both of which were higher than any of his teammates.

So, what’s going on? He shot efficiently, but not that efficiently. He was fourth in the league in total steals (behind Kobe, Marion, and Iverson), but nothing else jumps off the page. His overall defense, however, was revered. He was 1st team All-Defense that year, 5th in DPoY voting (behind Ben Wallace, Metta World Peace, Garnett, and Duncan), and was listed in Bleacher Report’s top 60 defensive players of all time (coming in at #10 for shooting guards).

Interestingly enough, when I went back to the film, I was pretty underwhelmed by Christie’s presence especially on defense. In just a couple of games, I found multiple mistakes in the form of being blown by, gambling on passes, and ball-watching. In the most egregious example, he simply lets Sprewell torch him in the open court (who ultimately…chokes…at the rim).

Later, he bites on a pass 30 feet from the rim, and instead of sprinting back to recover, he jogs back with his hand up. He’s lucky that neither of these mistakes led to a basket.

The aforementioned are the two most egregious examples that I found, but they’re both pretty bad. Whenever Harden pulls the lazy fake-swipe-at-the-ball-while-being-burned, he’s endlessly mocked on Twitter, and he should be, but sometimes we let those moments blind us to the whole body of work (which, in Harden’s case, still isn’t that great). These next couple of examples are up for interpretation. Obviously Garnett with an open lane is terrifying, but someone has to try, and I’m not sure if it’s Divac’s fault for focusing on the boxout or Christie who sorta just watches the whole thing unfold on the pick-and-roll.

The next one is extremely tricky because it looks like Christie’s blunder is actually the Kings’ defensive scheme. While Sprewell gets the ball above the break, Christie leaves Cassell who runs to the other side of the court. Sprewell easily beats Stojakovic off the dribble (no surprise there) and finds Cassell for the spot up jumper. Christie makes a nice recovery, but it’s just a little too late.

Finally, before we get into his clear strengths on defense, here’s another 50/50 play. Webber is weirdly screened by Van Exel which Christie reads immediately, so he switches onto Nowitzki to prevent the spot-up three. Then, Bibby loses Nash on a straightforward cut. Mavericks score an easy two.

Christie could have easily helped and shut down that cut by Nash, but he didn’t, and ultimately, this was where my disappointment arises in such a highly touted defensive player. Guys like Giannis, LeBron, and Garnett can sniff out and completely blow up an offense, and while you’ll see evidence of Christie being disruptive, I saw no sign of superhuman recovery.

What I saw signs of was peskiness. Christie could be like a gnat (a lanky gnat) that could switch 1-4 (sometimes 4), jump passing lanes, and dodge screens. Here he is hounding Cassell from halfcourt. He avoids a Garnett screen, pokes the ball away, gets caught on a second Garnett screen, recovers, and causes a turnover.

Standing at 6’6″ and having such a long reach made him perfect for making life difficult for players creating in the halfcourt. When Van Exel tries to take him off the dribble, Christie easily tips the shot.

These next two plays showcase his ability to amplify offensive mistakes. In the first, Nowitzki stumbles and tries passing the ball, but Christie reads and reacts. In the second, he perfectly helps on a driving Nash to force the pass to Finley who bobbles the pass. Before Finley can recover, Christie causes the turnover.

While most of these plays show up on the stat sheet, his intelligent use of angles to cut off passing lanes don’t appear on the ESPN ticker. Here, the Wolves look to leverage Garnett’s tremendous passing ability by having Cassell run through a quick down screen, but Christie face-guards him, and Garnett is forced into a tough jumper.

Then, while Divac cleans up and grabs the rebound, Christie switches onto and bodies Nowitzki for a full possession keeping him from getting the ball and away from the rebound.

He clearly relished in his ability to chase smaller guards and body forwards, and like I said before, he often had to cover for some of his defensively deficient teammates. I would be interested to see him unleashed on a team with other defensive savants.

Offensively, Christie is uninteresting. Most of the time, the Kings would run an action, and he would just stand above the break. He wouldn’t hesitate to shoot either a long two or a three, and while defenses didn’t shadow him, he was reliable enough with the jumper.

I think Daryl Morey just vomited after that last one.

When matched onto a smaller guard, he leveraged his strength and passing to create easy opportunities. The first video shows him bullying Van Exel in the paint. The second is more prolonged, but it ends with him grabbing an offensive board and drawing a foul.

He didn’t initiate much offense, but he showcased a solid passing ability. Ben Taylor’s Passer Rating scores him at a 7.6 (out of 10) for the season which would have been second on his team (behind Divac). This was boosted by his smart extra passes as opposed to creating easy opportunities for his teammates.

Even though he spent a large percentage of possessions standing at the perimeter, he definitely knew how to move without the ball, and he even flashed some proto-Steph Curry movement like in this possession. He doesn’t get the shot (Stojakovic missed a wide-open pass to him), but the drive, pass, and re-position is beautiful.

Like many role players, he would sometimes get a little too confident about his own abilities and toss up a contested midrange jumper, drive a little out of control, or throw an errant pass, but he mostly stayed within his abilities.

All things considered, I don’t see Christie as being a player that can shift a game on either side of the court. On offense, he stays within his role while providing good passing and passable shooting. On defense, he can stick to quicker ball-handlers, body up bigger players, and play a sort of free safety position.

Going back to my first question about the advanced metrics, Christie scores so well because everything he is good at is portable: they can be included on high-achieving teams without encroaching on his teammates’ skills. He’s definitely great at defensive especially for a guard, and his shooting and passing make him a great role player.

Role: Top 10, fourth or fifth best player on a team

Skillset (compared to other players at his position):

I’m not so sure about where I ranked him on defense. I feel like that’s a little low, but it still scaled out as a lower level “elite” skill for him. He definitely is not a 6, and I could see the case for it being an 8. His portability is so high because he could literally be placed on any team and make an impact. I didn’t give him a perfect 10 because his shooting leaves something to be desired.

Perception in Current NBA: Many would view him in the same light as Avery Bradley which would actually help his image because most fans are enamored with 1-on-1 defense regardless of how valuable it actually is.

Reality: He’s bigger, stronger, more impactful, and simply better than Bradley in every conceivable way. The poster Winsome Gerble from RealGM compared him to an older Andre Iguodala which I definitely like though I think Iggy was better at defense and creating while significantly worse at shooting.